I was really not sure what the name of this Thai restaurant was. It was variously known as Thai Street Food or BBQ Thai. Both names were prominently displayed on an old fibreglass water tank that was the branding signboard of the restaurant. 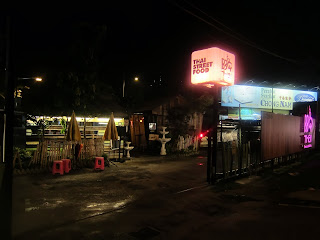 Located in Old Klang Road, KL, this Thai eatery occupied a big area of land, offering both outdoor alfresco dining and indoor compartmentalised air conditioned comfort. Since the Old Klang Road is such a long one - this is the exact address - 17, Lorong Jugra, Off Batu 3 1/3, Jalan Klang Lama, Kuala Lumpur. 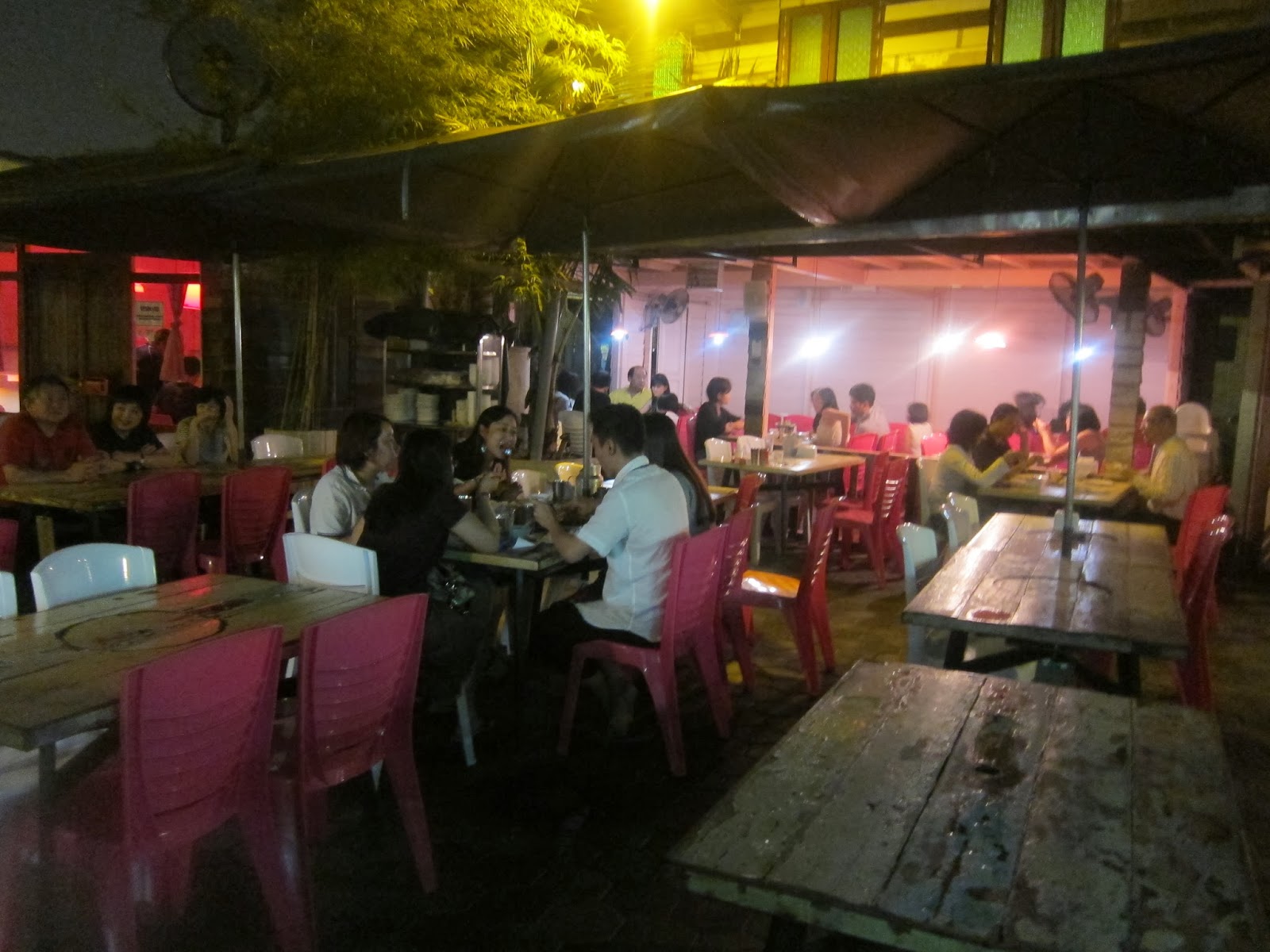 Everything in the restaurant seemed to be built out of re-cycled material - the old fibreglass water tank for the main signboard, tables, chairs, the toilet fittings, dining cabins - all made from re-used wooden planks, zinc sheets, old water basins, etc. Seemed like a darn good idea. Recycling is the way to go. It is so much cheaper. And if done properly, can be quite charming. The whole place looked very rustic. Everything was in good working order. 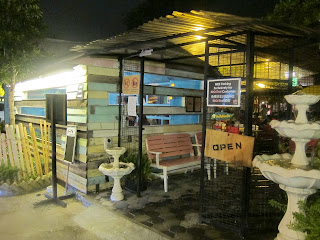 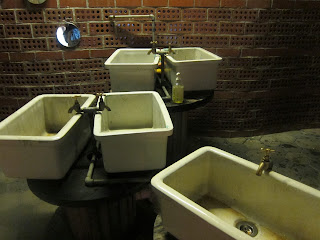 Except perhaps this old Fiat 500 on display. 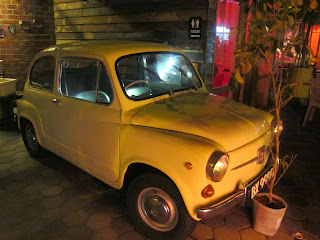 The alfresco dining area was in the centre of a big compound. Surrounding it were individual dining cabins. 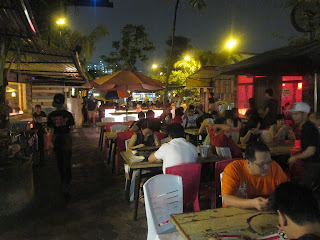 There were many of these cabins, and since they were made from recycled material, no two were quite alike. They looked very comfortable, cosy and air-conditioned. Some of the cabins were small, with single dining tables. Others were bigger with multiple tables. 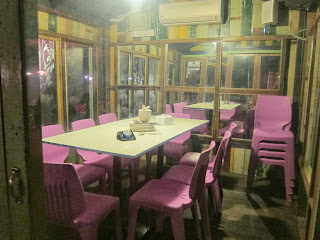 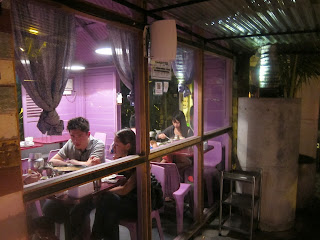 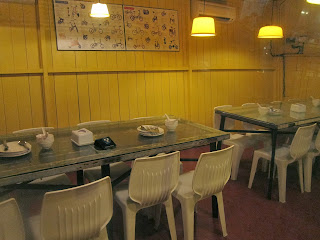 We opted to dine in the open, even though it was aftermath of a shower. The tables and chairs were wet. I personally liked the outdoor. It was a reunion of sort from our European tour. In the party were Eddy, Bee, Benson and Nelly. My poor wife was could not make it because of work. 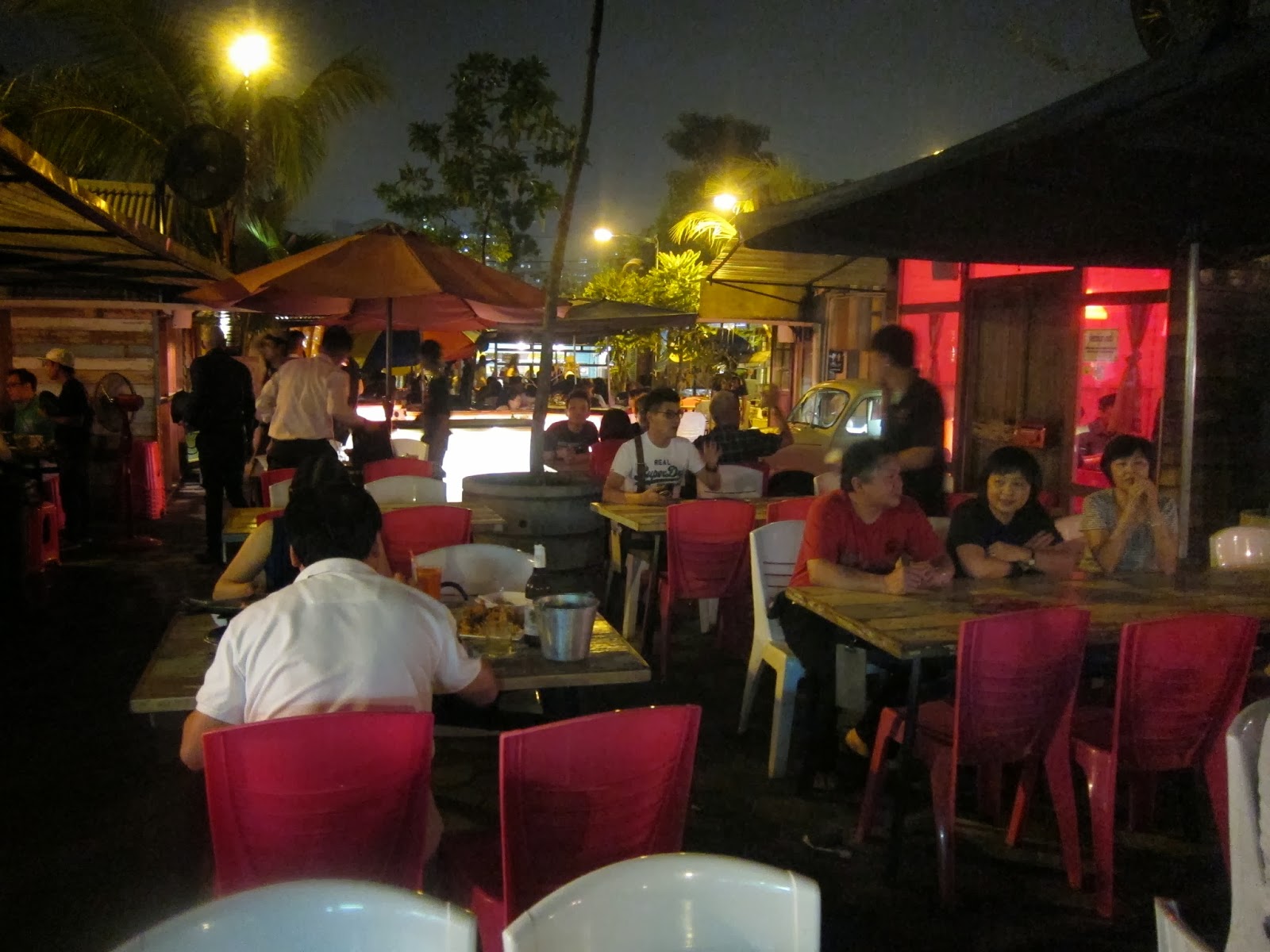 The BBQ pit was large and busy - and definitely hot. They were doing fish, prawns, squids, chicken, pork and all the usual stuffs. These were apparently very popular here. 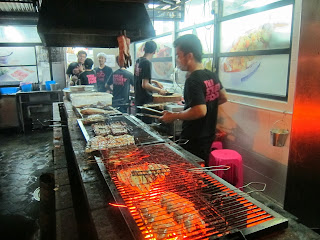 Benson had always been the man in charge of F&B. He made the menu selection. 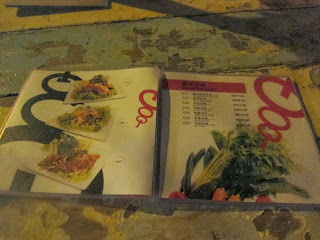 I guess BBQ was a must in this place. Benson ordered the pork. It was very well done. The meat was succulent. The flavour was delicious. It was served with a green sambal sauce. Very nice. 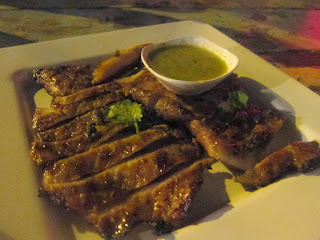 The kangkong was most ordinary. 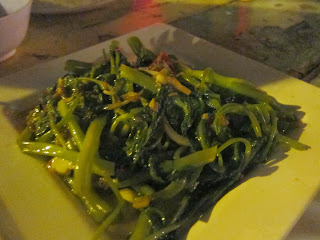 The seafood tom yam was served in a steamboat pot. I wondered why they did that. It served no purpose. They was no fire to keep the soup warm. Anyway, the tom yum was not great. There were some good size prawns, fish and squid. It was rather sour and spicy - not to my personal liking. 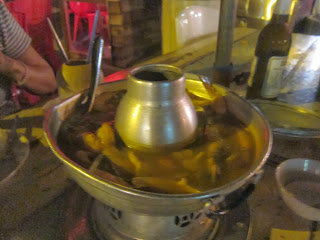 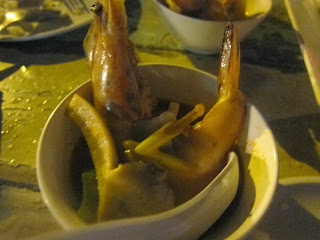 I did not find the fish fantastic as well. It was a siakap (barramundi) steamed in a spicy Thai soup - not very dissimilar from the tom yam. The fish was fresh. But the flavour was not my favourite. 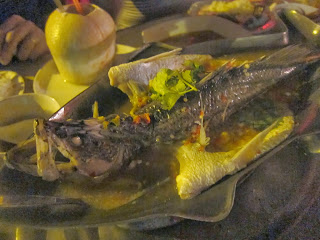 I like this plate of cockles (鲜蚶 - see hum). It was plainly boiled and not overdone. It was served with the same green sambal sauce. I liked opening them with my fingers. Messy, but finger licking good (apologies to KFC). 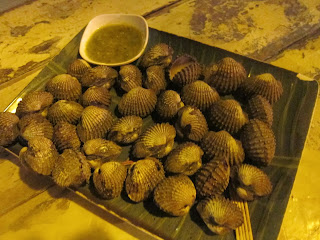 And of course, rice that came in a pot. 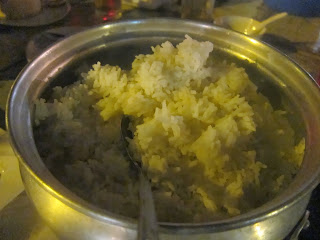 We had 2 types of desserts. The first was the "tub tim grob". It was red rubies (water chestnut covered with flour), with mango strips in coconut milk and shaved iced. Not bad at all. 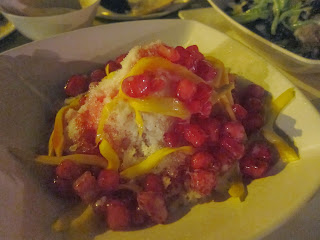 The other dessert was the local favourite - cendol, served with red beans and leong fun (凉粉 - grass jelly). Another good dessert. 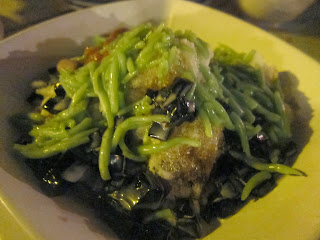 I would not rate the dinner very highly. I thought it was a very everyday sort of meal. The flavour of the food did not match the uniqueness of the place. And I really did not know why they call themselves Thai Street Food. They was nothing "street" about it - just normal Thai restaurant stuffs. I probably would had enjoyed more if there was some authentic Thai street fare. I was so looking forward to some deep fried grasshoppers.

Email ThisBlogThis!Share to TwitterShare to FacebookShare to Pinterest
Labels: Thai